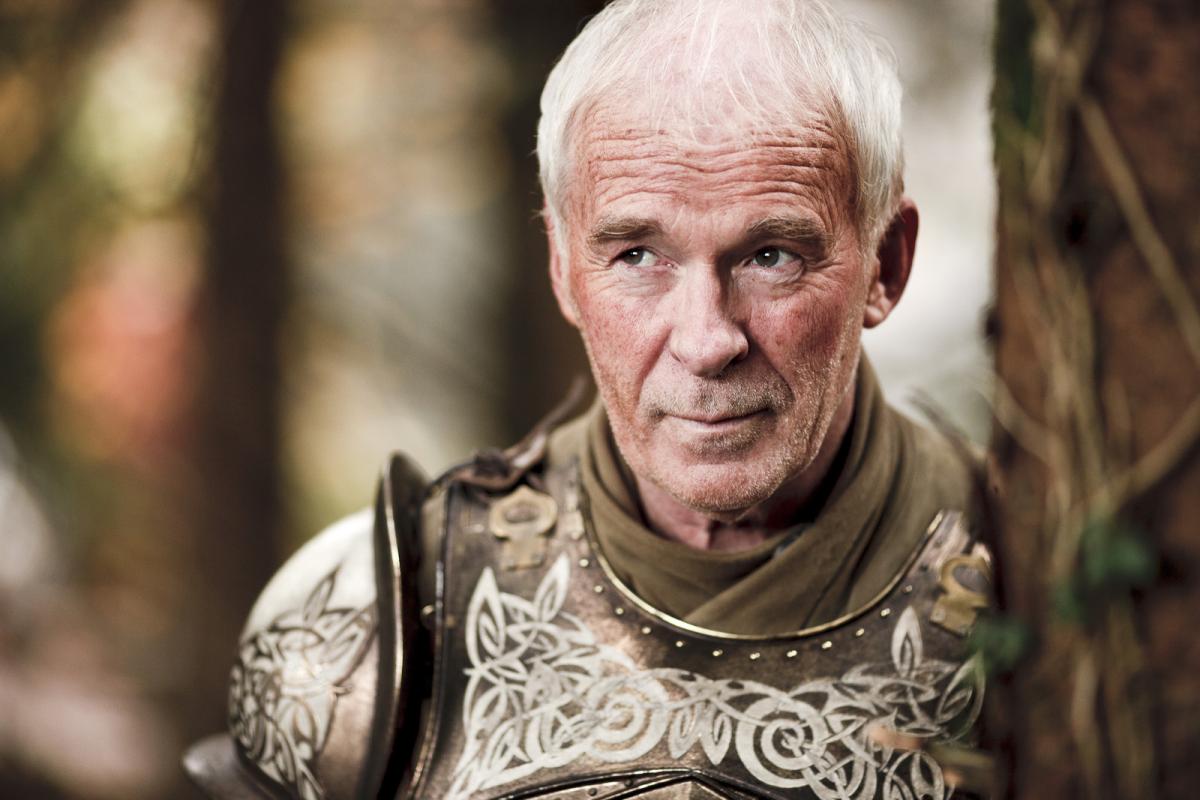 Shoes designed by ourselves have found their way into the wardrobes of stars from the worlds of entertainment, sport and business, such as Game of Thrones actor Ian McElhinney, world boxing championship contender Carl Frampton, Dragon's Den star and Reggae Reggae Sauce creator Levi Roots, and local television mentalist David Meade are among a few of our celebrity customers.

Even US president Barack Obama came close to wearing the shoes with the distinctive green sole and a Carrickfergus Castle emblem several years back.

We talk to Robin Stewart, the man who wants to bring the quintessential 'English' brogue back to its Irish origination, and some of his most famous customers....

"I would estimate that around 85% of our business is from online sales.

I design the Robinson's brand, and Barker shoes, which we sell along with Loake shoes, makes them for us.

In terms of design, I try and make our shoes as flexible as possible so you can get maximum use, so they are not just 'good shoes' for weddings and funerals. That's not what I'm aiming for, I want my shoes on people's feet. For a bespoke pair of shoes, which we still make in Carrickfergus, you can be talking thousands.

So far our most expensive bespoke order has been a pair of boots made from Cordovan leather, which is horse leather. There's a well-known sports broadcaster who commissions shoes from me about once a year, and we are actually making a bespoke pair for the boxer Paddy Barnes at the moment.

The bespoke orders are few and far between but our shoes start from £200, which is not a bad investment.

Despite people thinking that brogues are a quintessential English thing, they're actually not. The style originated from the practice by farmers working in peat bogs in Ireland and Scotland.

They would punch holes in their shoes so that they would be easier to dry off once they left the field.

I think that Levi Roots was my first celebrity customer and it's just grown from there. My aim would be to have a customer of the calibre of Liam Neeson, who's from here but has an international reputation, to wear my shoes. It would be a real honour."

'If you want something good, you have to pay'

Levi Roots (55) is the creator of the top-selling Reggae Reggae Sauce who shot to fame overnight when he appeared on the BBC programme Dragon's Den, singing the now famous Reggae Reggae song. Originally from Jamaica, the father-of-seven lives and works in Brixton. He will be releasing a single of his new album Arise Above in the summer and is planning a major Reggae Reggae rebrand. He says:

"I grew up in Jamaica, a country where men consider shoes to be the top of dressing. There the men are very conscious about what they wear on their feet. You could have a bad suit on but as long as your shoes were good, then things weren't so bad.

So I suppose that's where it comes from, my love of a good shoe.

I've been wearing Robinson's shoes for quite some time. I wear both Robinson's own brand and Barkers.

I used to buy all my shoes in a local shop where I live in Brixton, south London, until it closed down.

The gentleman who owned it gave me a catalogue and I found Robinson's online and I now buy them all on the internet.

I've never been to the Carrick shop but I would love to call down the next time I'm over in Northern Ireland.

The reason why I wanted to wear Robinson's in the first place is that I found it very difficult to find a really good dress shoe, as I wear a lot of Saville Row suits so it can be difficult to get shoes that go with the suits that I wear.

I find them to be very comfortable and very stylish as well. They are not the most expensive shoes and the most I've paid has been a couple of hundred pounds.

But you pay for what you get. If you want something really good, then you should be willing to pay a little bit more for it."

'A well-made shoe can help you feel really great'

Ulster actor Ian McElhinney (65) has found worldwide fame as the knight Ser Barristan Selmy in the hit TV series Game of Thrones. He's married to Belfast playwright, director and actress Marie Jones, with whom he has two sons, Matthew (25) and David (20). Ian will be directing a UK-wide tour of Marie Jones' award-winning play Stones In His Pockets in the autumn and will be appearing in the Channel 4 drama Babylon. He says:

"Life and work is really busy at the moment. As long as I'm working I'm a happy boy. Even though I'm of retirement age, I'm busier than ever so I'm not complaining about it.

While I won't be filming again for Game of Thrones until August, it's an ongoing commitment, thankfully, which has introduced me to a brand new audience. I get far more requests for autographs and for pictures than from anything else I ever appeared in.

Also in August, I will be reprising a character I played in Ripper Street, so I was glad to have some time to get down to Robinson's Shoemakers last week.

I've got a fabulous pair of tan brogues from them, which are made from really beautiful soft leather.

They are the sort of shoe that will go with anything as well as being a proper dress shoe.

I don't have the most fortunate shape of feet and these are just so comfortable. They are not particularly graceful as I have a very wide foot but they are to die for when it comes to comfort and give my feet great support.

It's a type of shoe that I will wear until I can't wear it any longer.

There's no question about it, when you put on a good looking and well-made shoe, you feel great.

Women tend to be into shoes big-style, men less so, but when you get a good shoe, you know the difference."

Belfast boxer Carl Frampton (27) will be fighting for a world championship title on his next bill this summer. Married to Christine (26), they are parents to three-year-old Carla and live in Lisburn, Co Down. The young couple recently announced that they are expecting their second child later this year. He says:

"I bought two pairs of shoes from Robinson's, a pair of Barkers and a pair of Robinson's own brand just before my last fight. I can honestly say that I think I'll be a customer for life.

I genuinely was really happy with both pairs of shoes, they look great. They are amazing shoes and superb quality. What I really like about them is that you won't get the same in High Street shops, as they're not normal shoes.

I got a pair of Barker brogue shoes which are a maroon colour; that mightn't sound great, but they are the most comfortable shoes I've ever worn.

I also have a Robinson's own brand brogue which are brown and have what looks like denim on them, which mightn't sound great again but I love them. Christine also loves them.

Some people might say that they are a bit flashy but I don't think there's anything wrong with that.

Every time I wear them, loads of guys comment on them and people want to know where I got them.

Now that doesn't usually happen with men, it's more a women's thing to ask 'Where did you get your shoes?'

I found out that most men are not wearing the right size of shoe. I went from a size 8 to a 6.5 which wasn't great to learn.

Now for me, it's quality rather than quantity. I would say it's right to invest in a good shoe, to spend a bit more. It may seem expensive at the time but in the long run you will get better use of them."

Carl is due for world title action on the 6th of September, when he takes on Spaniard Kiko Martinez for the IBF World Title in Belfast.  Good luck Carl.

The vast majority of men have been wearing shoes the wrong size and width, according to Robin Stewart.

"It's not the best advice to go up a size if a pair of shoes are too tight," he advises.

"People talk about having to wear a shoe in but if you get it the right size, then you shouldn't need to do that.

"The advice is to wear the correct size but wear it wider. Most men wear a shoe size one and half sizes too large; we had one customer who was actually wearing shoes three sizes too big.

"After the childhood years, most men have not have their feet properly measured in length and breadth, so they haven't been fitted properly."

If you are ever in the Carrickergus area, do not hesitate to call in for a fitting.