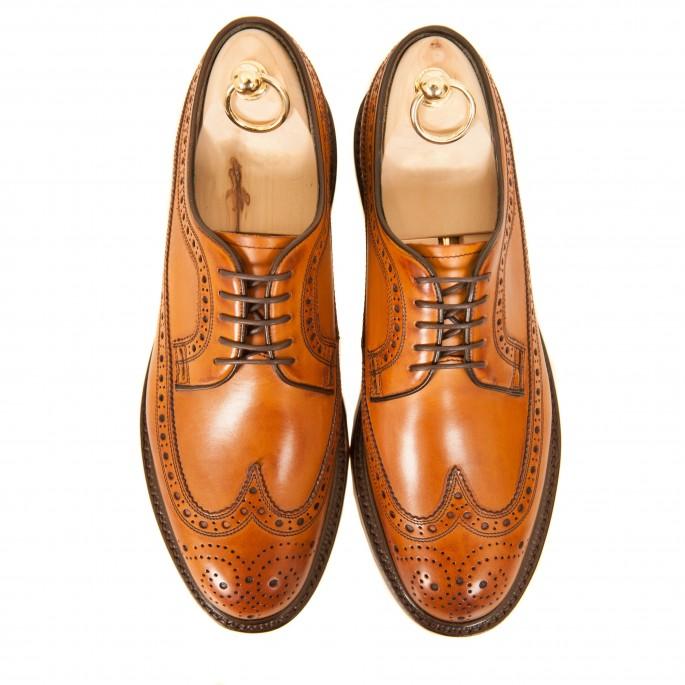 Hand Finished Irish Brogues Fit for a US President!

When Robinsons started designs for our own range of mens brogues it was clear that with the high quality of the hand-finished shoes were of presidential standards- so we decided to call this our Presidential range starting with our Andrew Jackson mens brogues.

A hat tip to the history of both the town that Robinsons were founded and the seventh President of the United States, Andrew Jackson.

Andrew Jackson's parents were from Carrickfergus, Northern Ireland and emigrated to the United States in 1765, two years before Andrew Jackson was born. Today we still have many reminders of the roots of the US President including the Andrew Jackson centre- the cottage that the Presidents' parents lived in before emigrating to the USA.

Our Andrew Jackson mens Irish brogues are hand finished to the highest detail in Burnished Calf leather. A traditional brogue with character and class -a fitting accolade to the man from Carrickfergus who would be President!

The Andrew Jackson brogues are made in three width fittings to ensure that you have the most comfortable fit and ideal for styling with jeans for a more casual look or with a sharp suit. For these Irish Brogues, we offer fitting advice to ensure that you get a correct fit via either live chat, e-mail or via telephone.

The Andrew Jackson mens brogues are a real conversation piece, and the high quality of the Goodyear welted brogues means that you'll be wearing them for years to come.