Why are they called penny loafers? 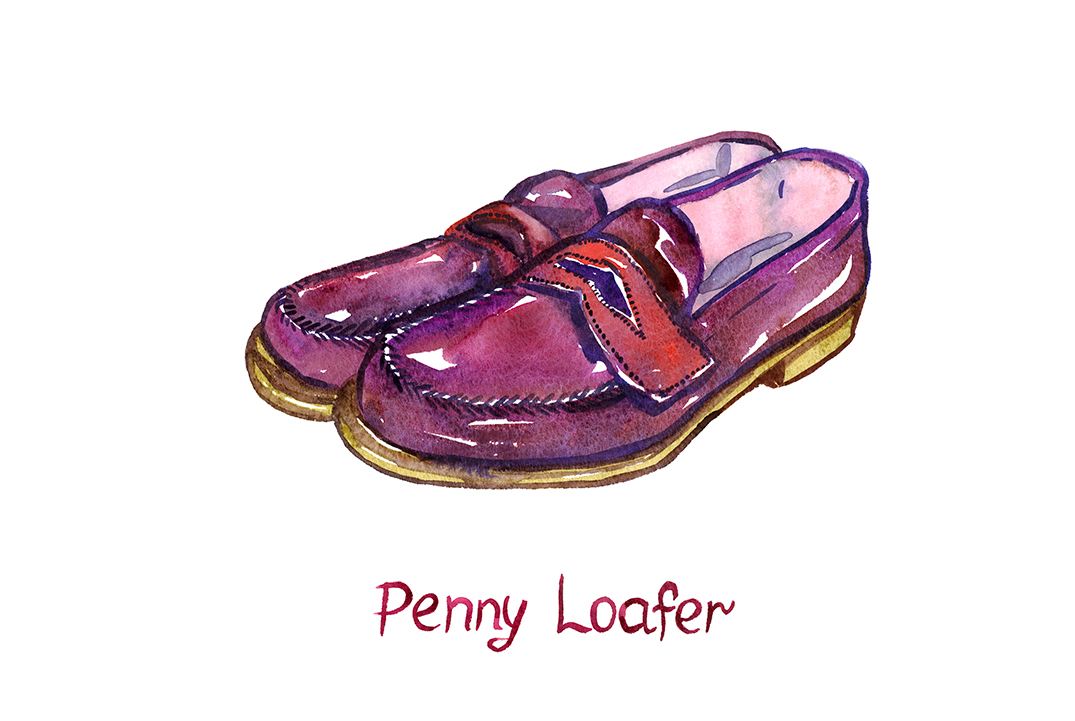 The sunny summer weather is now just a distant dream as we are polishing up our boots for autumn and winter. So what better time to reminisce about a classic summer staple - the penny loafer. Have you ever wondered why they are called penny loafers, and the origins of the unique name? Wonder no more as we dive into the history of the penny loafer!

Why are they called penny loafers?

G.H. Bass is generally credited with the development of the classic penny loafer in the mid-30s. They were originally called “Weejuns” which is short for Norwegian - as Norway is the country where the style originated. The penny loafer’s signature leather strap with an eye-shaped slit was the perfect place to store your two cents for making calls using public phones. Hence the name penny loafer!

Thanks to its mix of informality and comfiness, the Weejun went on to become a staple on college campuses across the United States. The popularity of the penny loafer reached its peak in the fifties and sixties when it became synonymous with the post-war “Ivy Look” and with prep culture in general. Since then, it has maintained its association with classic, comfortable, American style.

How to style penny loafers

How you choose to style penny loafers all comes down to your own personal style and tastes. However, we can give a few tips on how to style your penny loafers in a classic, timeless style.

For a smart-casual look why not try pairing the Barker Ravel with a pair of dark wash denim turn-ups, a black shirt - tie the look together with a fitted blazer. Adding a pair of penny loafers in place of your usual shoes will instantly add a bit of class to your outfit. No outfit is complete without adding a few finishing touches, go one step further and choose accessories to compliment your footwear.

Despite having roots as a casual choice of footwear, penny loafers can also be worn as formal business attire. However, when it comes to more tailored items of clothing like suits, there are a few things to keep in mind:

It’s hard to go wrong with something that has been around for so long and remained virtually unchanged for 80+ years. So why not step up your footwear game by adding a pair (or two) of penny loafers to your footwear collection? To add a touch of class to your outfits, check out our full range of penny loafers and loafers for every occasion.