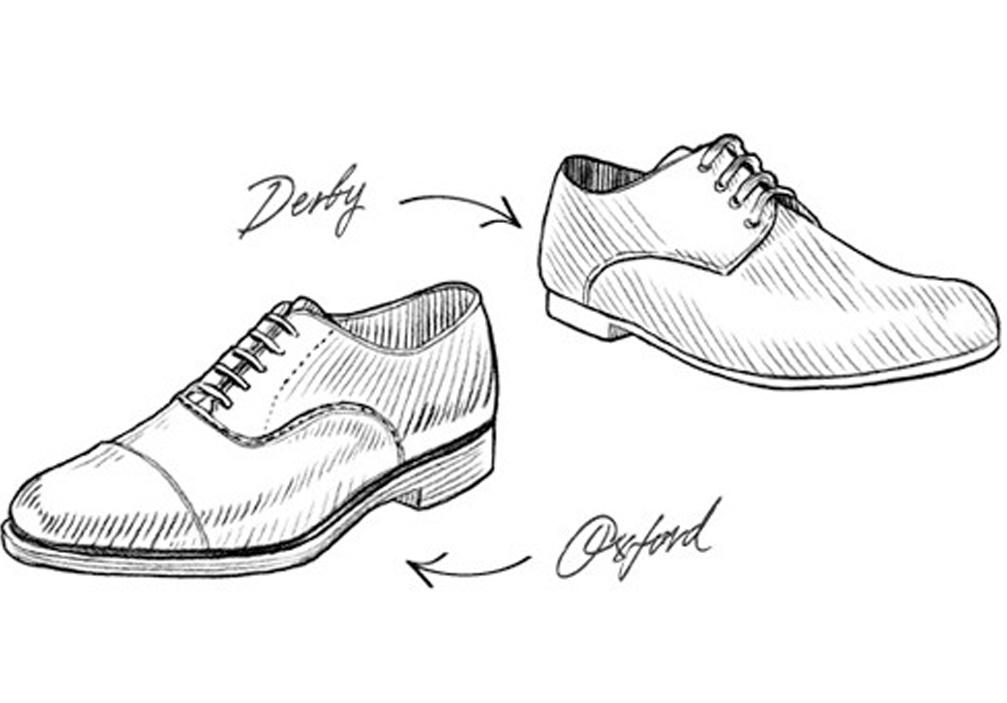 We regularly get asked as to what the difference is between an Oxford and a Derby shoe. Here is a brief explanation to outline the key features of both and a blurb of history surrounding each style.

Oxford vs Derby - What's The Difference?

An Oxford is a lace up shoe that has the bottom of the lacing section sewn closed and one that also has the eyelet facings stitched underneath the vamp (front section of the shoe). This style of shoe is also sometimes referred to as a closed front shoe due to the fact the lacing section is is sewn closed. 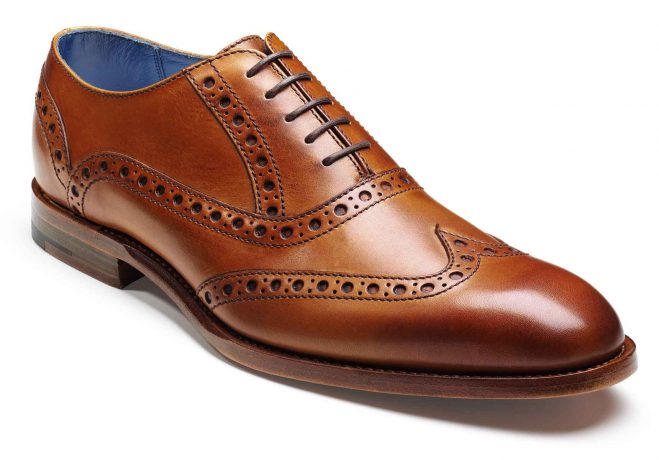 Example of an Oxford shoe by Barker

A Derby shoe is also a lace-up shoe but one which has an open lacing section (is not sewn closed at the bottom). The eyelet facings are also sewn on the top of the vamp. Derby shoes are also often referred to as a Gibson shoe.

Oxfords were traditionally classed as quite a formal shoe with a toe cap. However in recent years, there has been a slight shift in designs, colours and materials being used and so Oxfords are now available to suit both a casual and a formal look.

History of the Oxford Shoe

There are a number of theories on how Oxford shoe came to be. One such theory is that this style evolved from a popular style of boot with side slits. The side slit evolved into a side lace which eventually moved to the top of the shoe. This style of shoe became popular with students from Oxford University who began rebelling against the traditional boots of that time. There is a second theory however and that is that the shoe originated from Balmoral Castle in Scotland where it became known as a Balmoral shoe. In the USA, Oxford shoes are still referred to as Balmoral shoes or Bals for short. In France, Oxfords are better known by the name Richelieu.

Traditionally the Oxford shoe came with a plain toe cap which can still be purchased today. However, Oxfords can now be decorated with brogue detailing (known as a semi-brogue) or even come with a wingtip and more detailed punching (known as a full brogue)

History of the Derby Shoe

The Derby shoe originated in the 1850's as a sporting and hunting boot. However by the turn of the 20th century the Derby shoe became appropriate for wear by gentlemen around the city. Derby shoes with its open lacing section allow for a much more versatile fit as the shoe can be adjusted to be as tight or as loose as the wearer finds comfortable and so, in turn, a Derby shoe will probably fit a larger variety of foot shapes.

So, Oxford vs Derby - can you tell the difference?  Find out today by checking out our extensive range of men's Oxford and Derby shoes.