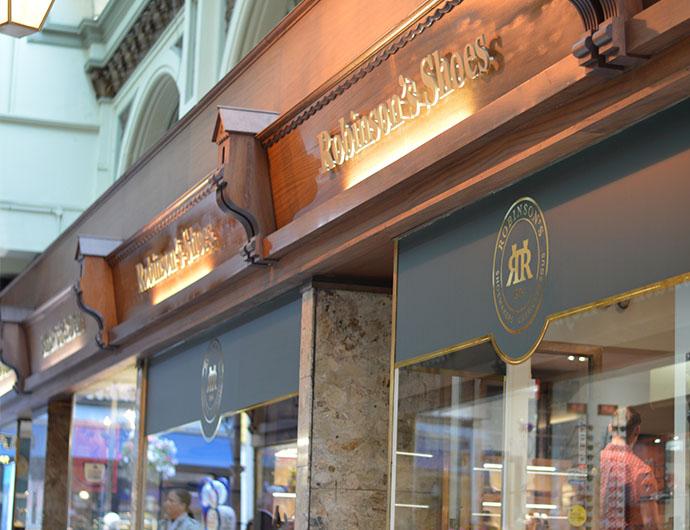 The second Robinson’s Shoes store was opened in the prestigious Queen’s Arcade, Belfast in July 2018. Only a month or so later, there was a fire atthe historic building housing Primark’s flagship store. The fire caused some surrounding shops to shut temporarily and footfall in Belfast dropped dramatically in the weeks and months that followed. However, despite this upset,the first year in Belfast was a great success for Robinson’s.