The History of the Brogue Shoe 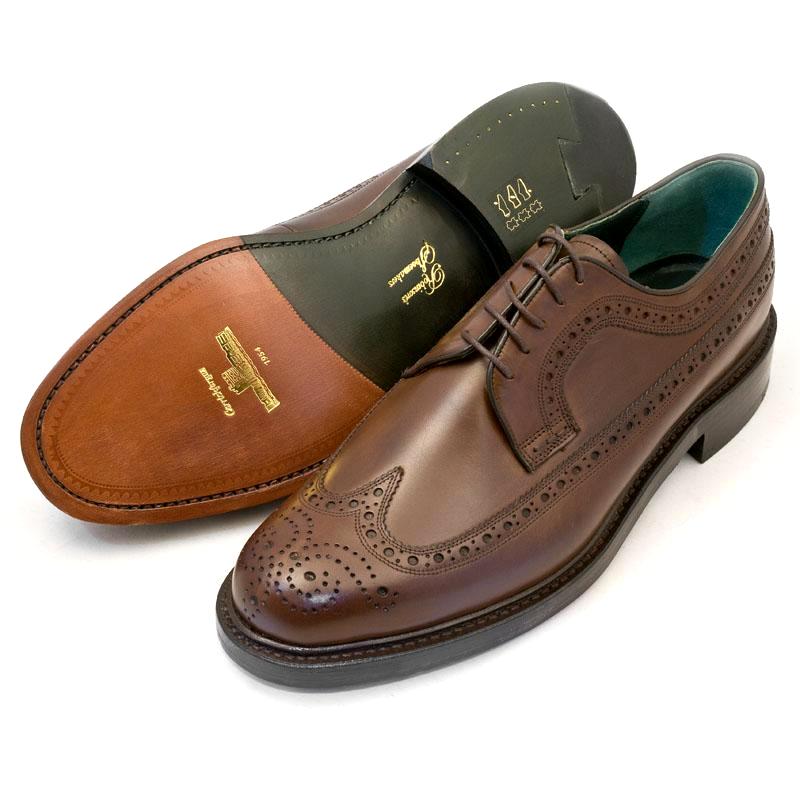 Brogue is a derivation of the Gaelic word "Bróg", taken from the old Norse "Brók" meaning leg covering.

The history of the Brogue shoe originates in the Peat bog of Ireland, first appearing in the late 16th centruy when men discovered that perforations in their footwear helped the shoe drain more quickly after coming out of the bog.

In early 20th century England the term Brogue was first used to describe an outdoor or walking shoe with decorative perforations.

Through time the shoe has become more accepted as a dress or business shoe and in more recent times a fashion item.
The modern Brogue is characterised by multi-piece sturdy leather uppers with decorative perforations (Brogueing) and serration along the pieces visible edges.  They are most commonly found in on the 4 toecap styles (full or wingtip, semi, quarter and longwing) and 4 closure styles (oxford, derby,ghillie and Monk).

As the term Brogue originated in Ireland, Robinson's Shoemakers are proud to be the only Irish company continuing in the trade of manfacturing and designing traditional Brogue shoes.